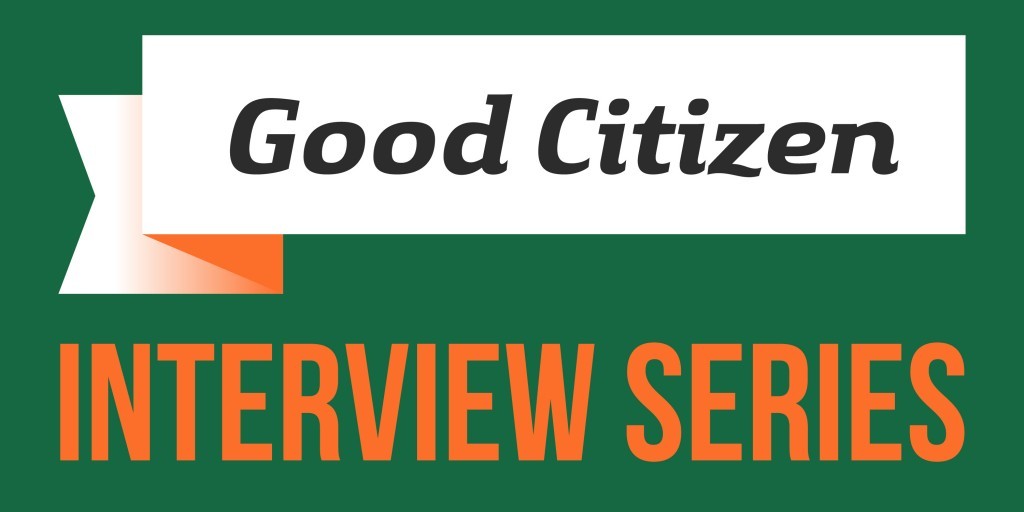 Carolyn Blashek is the founder of Operation Gratitude. Blashek’s simple desire to say “thank you” to United States Service Members, Operation Gratitude has delivered more than one million care packages to both active duty members of the Armed Forces as well as veterans. I’ve interviewed Carolyn here to learn more about her and her volunteering efforts.

Brad: What moved you to form Operation Gratitude?

Carolyn: After 9-11, I felt driven to do my part in the war on terror. Although then a 46-year-old mother of two living in the suburbs of Southern California, my first thought was to join the Military. I quickly found out I was too old for duty (ie. I was rejected by all the recruiting stations!), so decided I needed to show my appreciation and support to the men and women in the Military who would bear the brunt of the conflict.

I started volunteering at the military lounge in the Los Angeles airport.One day in March 2003, a soldier came into the facility and asked to meet with a chaplain; none were available so he spoke to me. He was on leave from a “war zone” for his mother’s funeral, his wife had left him and his only child had died as an infant–he had no one else in his life.”I’m going back over there,” he said.  “For the first time in my 20 year career, I don’t think I’ll make it back this time, but it really doesn’t matter because no one would even care” he told me.From that conversation I began to realize that when bullets are flying, it’s critical for troops to know that someone at home cares about them as an individual.   How could I show I cared?

When my children were young, they went to sleep-away camp for two months every summer. I wrote to them every day, and once a week, I’d send care packages with reminders of home so they knew I was thinking about them.  As the build-up to the war in Iraq accelerated, I wanted the troops in harm’s way to know I cared about them, too, just as if they were my own children.Within two weeks, Operation Gratitude was born.

Brad: What has been the best part of your experience with OG?

Carolyn: The greatest gift I have received from Operation Gratitude is the opportunity to meet and get to know so many extraordinary members of the Military and to learn about fortitude, courage and leadership from them.

Equally as rewarding has been the experience of working side by side with so many great Americans–our volunteers and staff–who are dedicated to the troops and passionate about our cause.

Brad: How do you encourage others to help and give of themselves?

Carolyn: We share with our supporters all the wonderful letters and emails that we receive back from the troops and their families thanking us for the care packages. Their words and sentiments are the greatest motivation to volunteer that I have experienced.

Brad: What does helping others and being a Good Citizen mean to you?

Carolyn: I am very blessed with family, friends and the freedom to pursue happiness.  That freedom is guaranteed by the men and women who wear the uniform of the United States.  To me, being a Good Citizen means recognizing their service and saying “Thank You” every chance I get.  Through Operation Gratitude, I can express my appreciation every day, and provide the opportunity for all Americans to do the same.

You can learn more about Carolyn at Operation Gratitude.