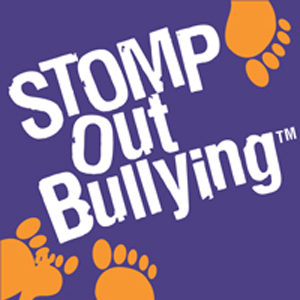 “Gay Boy” – that’s what I was called in middle school by a bunch of the popular guys in my class. It hurt, was confusing and certainly made me feel like an outcast. At that young age, I didn’t know much about sexuality and certainly wasn’t in touch with my own. But, it was clear to me that if I were in fact gay or simply different, it was going to be an issue. Despite the pain, I didn’t tell anyone about it, as I was embarrassed, not to mention fearful that telling anyone what my peers were calling me would insight more questions and speculation.

Not standing up for myself or the other kids who got bullied back then is one of the few regrets I have in life. I simply didn’t have the courage, and the impact those two words had on me were enormous. Of course, I also wish an adult had noticed and taken action, but bullying wasn’t really on people’s radar then like it is today. And even if it was noticed, the generally accepted belief was “boys will be boys.”

Fortunately, a lot has changed in our society since the 80s in terms of bullying, not to mention views on being gay. Unfortunately, we still have a long way to go on both fronts. Bullying happens everyday to kids across the nation, and it’s no longer only at school or on the playground. It’s happening in our homes thanks to technology. And, the effects can be devastating.

This month is National Bullying Prevention Month, which is a perfect time to join the fight to help ensure kids have an opportunity to grow up without the pain of being bullied – a pain that can have a lifelong impact. Did you know that child and teen bullying are at an all time high with 1 in 4 kids/teens being bullied? Not sure about you, but I find that frightening and unacceptable.

This week is also Ally Week, a week for students to engage in action and a conversation to become better allies to lesbian, gay, bisexual and transgender (LGBT) youth. With 9 out of 10 LGBT students reporting that they have been harassed at school or online, it is of vital importance that we all take action. GLSEN provides a number of resources for students and adults that make it easy to get involved. I also highly recommend sharing a message of support, whether you are gay or straight, through the It Gets Better Project – I’ve done it and it was life-changing (check it out here).

Whether you do something big or small, I hope you will join me in fighting back against bullying this month and every month. Kids are our most precious resource and they deserve better, much better. Let’s create a nation that is a bully-free zone – where everyone can thrive, with no exceptions.